Welcome to my BKBB exhibit installation, which follows the history of two Black Presbyterian churches originally located in the Society Hill area, starting with the first African American congregation in the United States, First African Presbyterian Church, and then focusing on the progression of one specific parish, Lombard Street Central (renamed Lombard Central after its move to West Philadelphia in the 1930s). Second African Presbyterian Church, burned during the 1844 Lombard Street Riots, is also mentioned.

Lombard Central’s history, including the leadership of four influential ministers from 1807 to 1994, also touches on the social issues and events that shaped these stories and our current reality. The physical installation, featuring three kiosks containing the twelve panels you can click on below, is viewable in the front garden of the Presbyterian Historical Society at 425 Lombard Street, Monday to Friday, 8:30 to 4:30. 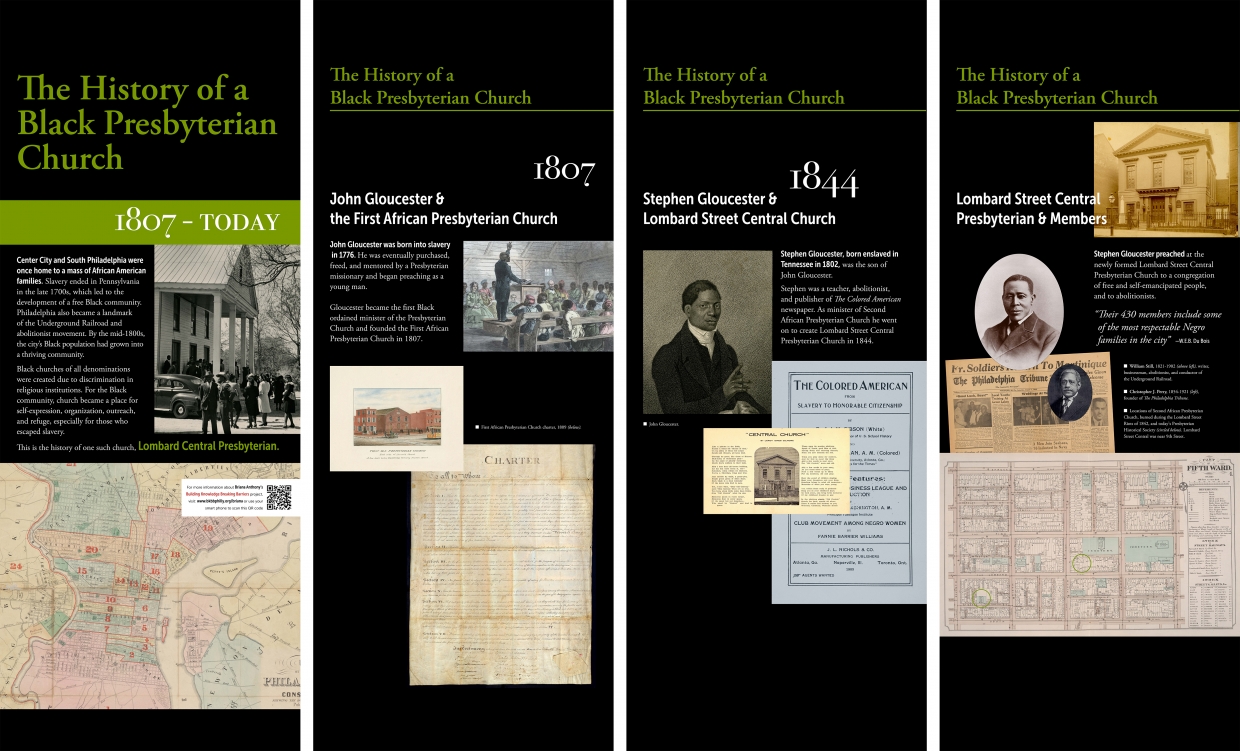 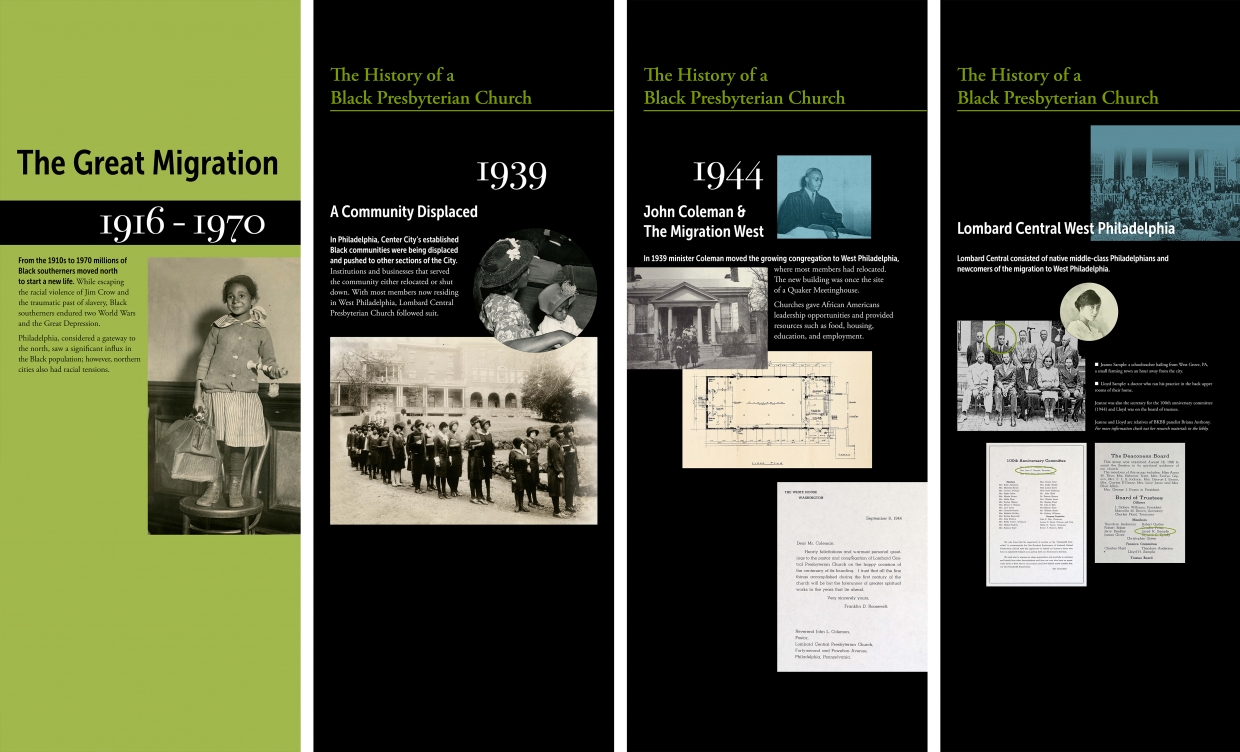 In 1939, the church moved to West Philadelphia, with John Coleman as pastor. Kiosk 2 shows how during this time the congregation included my relatives, Jeanne and Lloyd Sample, whose history is documented in the PHS collections and on display inside the lobby. Near the bottom of this page you can watch a short video where my grandmother and I look at that documentation.

The Samples are just two of the thousands of parishioners who have worshipped at Lombard Central through the years, many of whom belong to families that migrated to Philadelphia during the Great Migration. 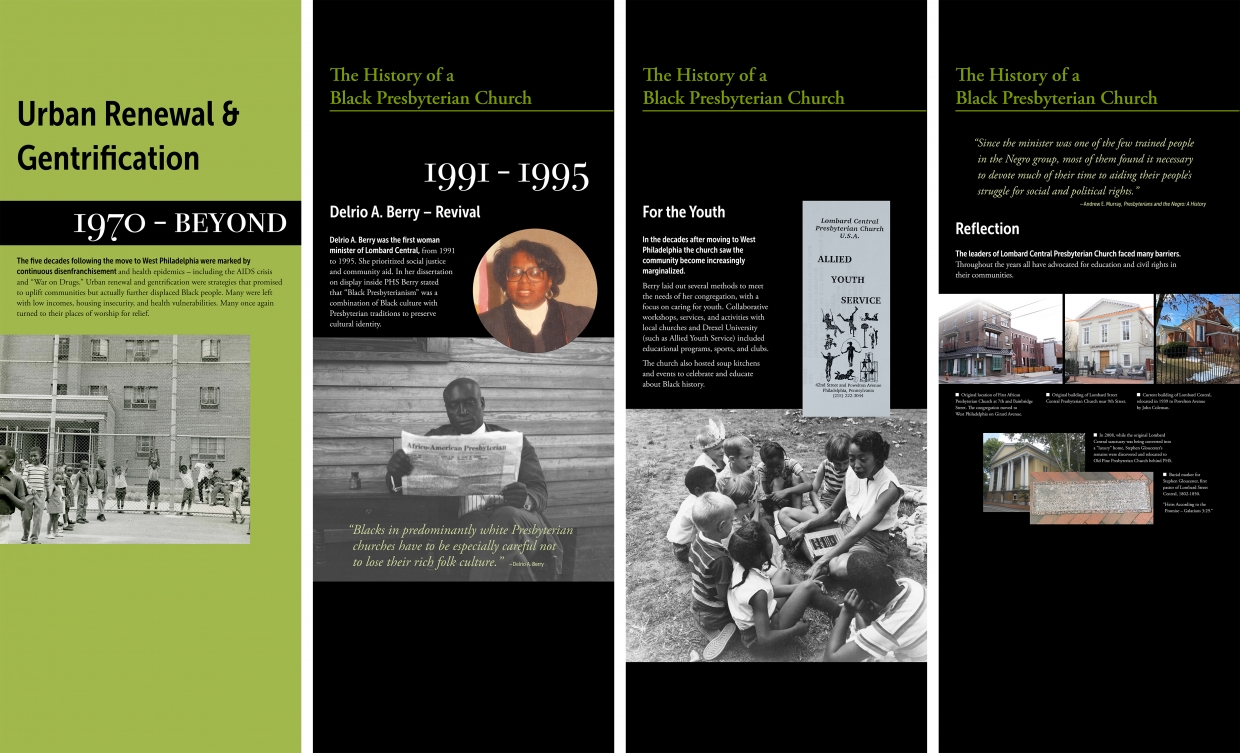 Click below for full images of Kiosk 3:
Urban Renewal and Gentrification, 1970 - Beyond
Delrio A. Berry - Revival, 1991-1995
For the Youth
Reflection

The historical overview concludes with the leadership of pastor Delrio A. Berry at the end of the 20th century and a photographic reflection on four church locations as they appear today: the original site of First African, the 1840s-1930s site of Lombard Street Central, the current location of Lombard Central in West Philadelphia, and the re-interred remains of Stephen Gloucester at Old Pine Presbyterian Church, which is adjacent to the Presbyterian Historical Society.

My idea of successfully building knowledge and breaking barriers includes promoting accessibility of archival materials through community engagement and the arts....With Covid restrictions, I thought an outdoor exhibit would be beneficial for social distancing. --Briana Anthony

Images not from the PHS collections 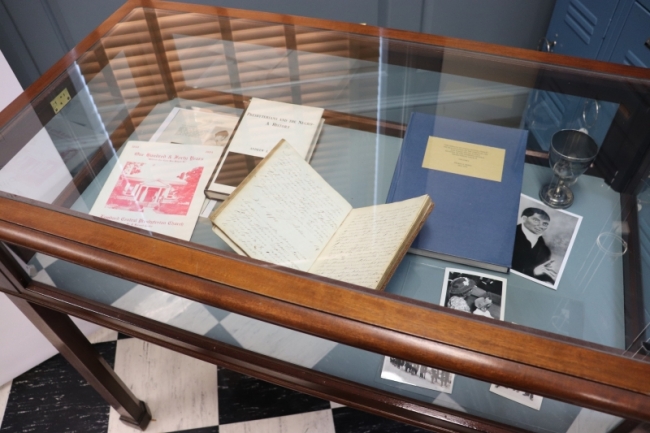 Items on Display in PHS Lobby

Presbyterians and the Negro: A History, by Andrew E. Murray 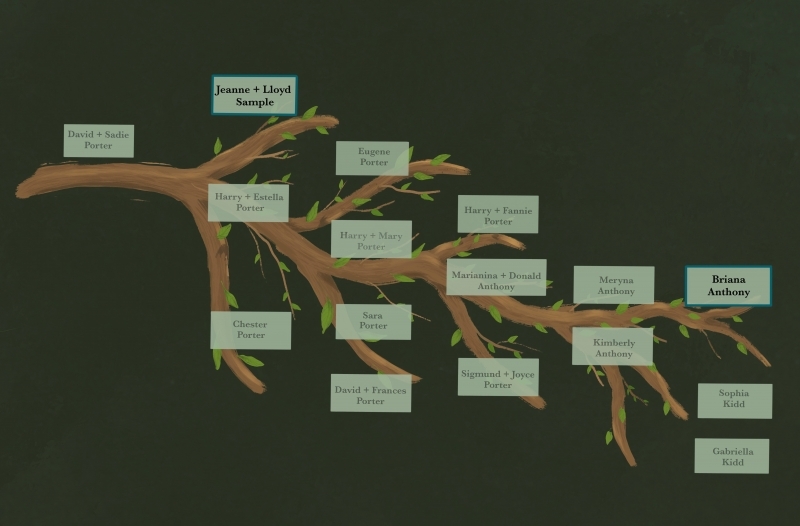 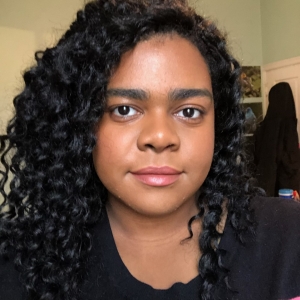 Briana Anthony is an aspiring artist and historian who someday hopes to be a museum curator. Being a fourth-generation Philadelphian and curious about her family’s historical ties to the Presbyterian church fuels Briana’s interest in growing PHS’s connections and visibility.

Building Knowledge and Breaking Barriers, a PHS and CCP collaboration 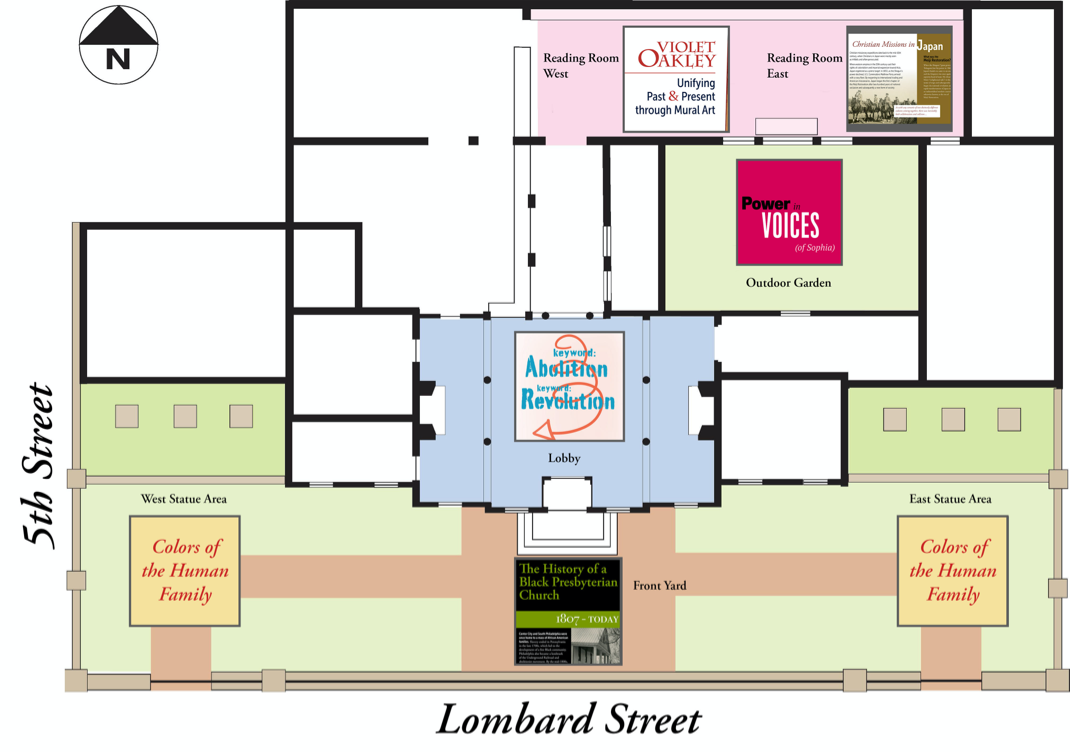